AmCap Mortgage, Ltd. Is formed with the submission of Limited Partnership documentation to the Texas Secretary of State, and begins operations as a fully-delegated mortgage company, with Freddie Mac approval.

AmCap is purchased by its present owners, increasing its residential mortgage closings by 50%, from between $5 million and $10 million per month to $20 million per month, in the first year under new leadership. AmCap expands its footprint outside Houston by opening several branches in Austin and San Antonio.

AmCap receives USDA approval. AmCap continues to grow in the midst of the recession, a particularly challenging time in the mortgage industry and the financial services environment. Despite the economic downturn, AmCap also continues its expansion into new markets, adding several additional state licenses and bringing on branch offices in Dallas and Spring, Texas.

AmCap expands and enhances operational, marketing and compliance functions by bringing on experienced personnel in the areas of Capital Markets, Information Technology and Compliance. AmCap reaches an important goal of producing over $1 billion in closed loans during the calendar year. 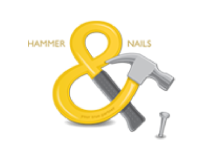 The AmCap brand was created, composed of an ampersand and the tagline “your true partner.” The ampersand, otherwise known as the “and sign,” was the centerpiece, symbolizing the attitude of inclusion, team work and partnership. AmCap is granted Ginnie Mae approval.

To date, AmCap has grown from a small HUD-delegated entity with only 6-8 full time employees and a few Houston locations to a thriving business with more than 900 employees operating from 120 branch locations across more than 30 states.
In 2017, AmCap adds its HMG division, formerly known as Houstonian Mortgage in 2017. With 100 experienced employees in 13 different offices closing 2,000 loans per year, this group promises to be a welcome addition to the AmCap Family.

In the first quarter of 2018, AmCap Mortgage, Ltd. rebranded as AmCap Home Loans with a new look to compliment. Our service as your true partner remains but with an updated aesthetic and user experience to provide our borrowers with an easy pre-qualification process and journey to home ownership.

Back to Home Page ?